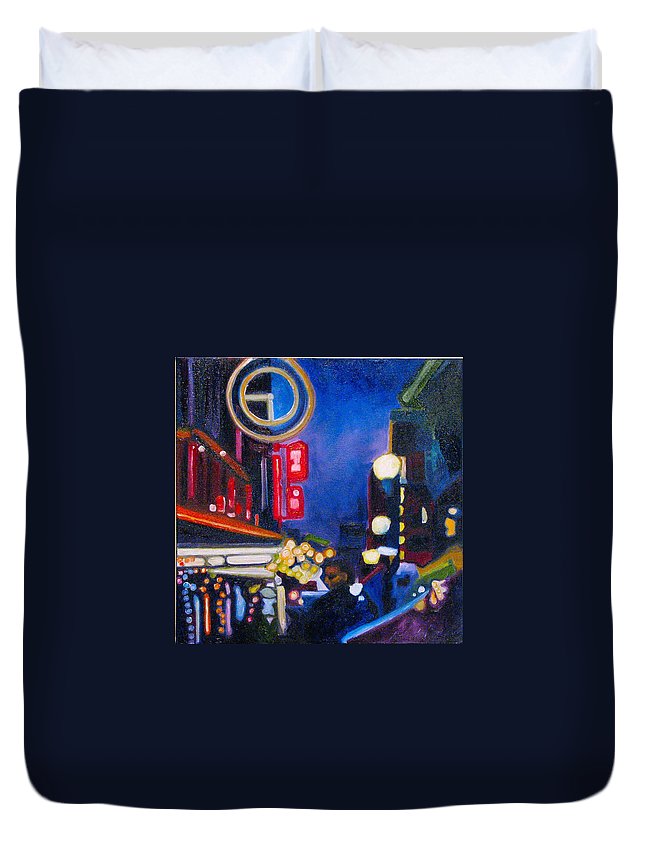 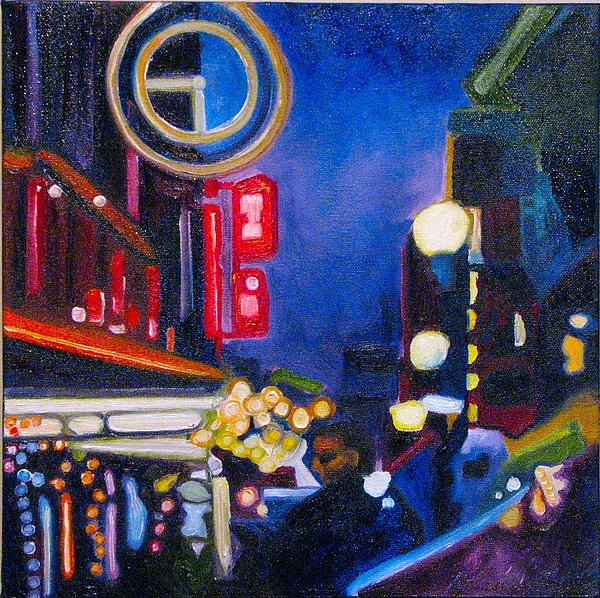 Queen duvet cover (88" x 88") featuring the image "Wandering at Dusk" by Patricia Arroyo. Our soft microfiber duvet covers are hand sewn and include a hidden zipper for easy washing and assembly. Your selected image is printed on the top surface with a soft white surface underneath. All duvet covers are machine washable with cold water and a mild detergent.

Wandering at Dusk is part of an ongoing series of paintings titled Night Lights and Happenings inspired from my last stay in Europe.... more

Wandering at Dusk is part of an ongoing series of paintings titled "Night Lights and Happenings " inspired from my last stay in Europe. This painting also has a beveled canvas, it is beveled inward to hang in a corner or create the feeling of floating on the wall.